Our Call To The Field

Our calling to Italy was a beautiful picture of the providence of God. Throughout my Bible College years, I worked nights at Hobby Lobby’s distribution center. After college, I moved to the day shift and continued working in the same department. During that time, God had been working to move me into a different position. In the spring of 2011, as I was walking through the warehouse, the vice president of the distribution center stopped me – with a smile on his face – and said that I should be expecting a phone call. That phone call came a few days later. Shortly thereafter, I was transferred into a new department called The Green Collection, which would later become the Museum of the Bible. 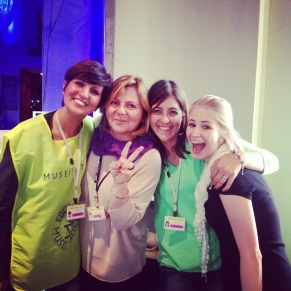 Shortly after moving into this new position I was asked to go to Rome, Italy to help setup and manage the affairs of an exhibition that the museum was going to be displaying at St. Peter’s Square. In February of 2012, I left Oklahoma City and headed to Italy. My stay in Rome lasted roughly three months. While there, I met people from all over the world including many Italians.

In March of 2014, the Museum of the Bible sent my wife and I to Rome to manage a new exhibition that would be on display again at St. Peter’s Square. We spent four months living and working in Rome.  After several weeks, I had the opportunity to witness to a man named Pedro. As I explained that salvation was a free gift and had nothing to do with our own works, he looked at me in amazement and stated he had never heard of such a thing.

Every week we watched St. Peter’s Square fill with tourists to hear the Pope speak. On one occasion, at a coffee shop I frequented, I spoke to an employee and he shared that he had lived no more than 10 minutes away from the Vatican his entire life and he never once went to hear the Pope speak. That experience as well as many other conversations with our Italian co-workers revealed to us that many Italians do not faithfully practice the Catholic religion like we once thought. After these experiences we searched for bible-believing churches in Italy and found very few. This truly burdened our hearts.

While in Rome we built some great friendships with the locals and picked up a decent understanding of the Italian language. We experienced the culture firsthand by buying groceries at the markets, navigating the public transportation systems, and seeking medical attention from Italian doctors.

The Lord knit our hearts with the Italian people and burdened us for their great need of salvation. They have been neglected for so long and are in desperate need of knowing the true gospel message as found in Ephesians 2:8-9. With God’s help, we desire to win the lost, disciple converts, and train men to pastor local, indigenous churches. Please pray with us and consider supporting our family in this endeavor.